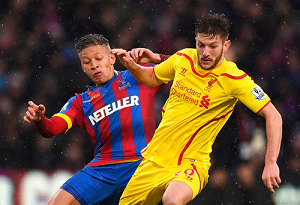 If we talk about “The Reds”, we have to mention Steven Gerrard, considering the match he’ll play today against the Crystal Palace, will be the last one at Anfield, after 17 impressive years played at Liverpool. Colleagues, fans, family and friends, are all hoping to see Gerrard winning this game, as a terrific farewell to his carriere at Liverpool.

In the last six Premier League, the Crystal Palace, managed to reach the back of the net playing against Liverpool, including the last tow games. We can say they are in good shape, but still, the chances are small to win the game today and even smaller i might say, for them to get in the half top of the table.

We have to mention also that “The Reds” only lost one game on home soil, of their last 14 league games against Crystal Palace. Clearly, “The Eagles” will be looking to avoid a defeat, it would be the fifth in a row. They will fight, that`s for sure.

Both teams are strongly motivated this time, for diffrent reasons but looking for the same result, both want to win this game, having great expectations.

Liverpools games will be also an emotional one for the Reds captain, Steven Gerrard, in the final home game for the club.

We`ll surely have the pleasure, this weekend, to see a great match, a strong finish and hopfully, for the Reds, a big send off for Steven Gerrard.

The odds seem to be on for the Liverpool and the big finish for it`s captain.